I received this book free from NetGalley in exchange for an honest review.

Death and Destruction on the Thames by Anthony Galvin

A deadly history of the city of London. Perfect for fans of true crime, British politics, and European history.

The history of London is bound up with the infamous river that flows through its centre.

The Thames has witnessed the rise and fall of an Empire. The births and deaths of bloodthirsty rulers. And the rapid evolution of a thriving metropolis.

It is both the giver of life to the city and the bringer of destruction. It was a centre of trade and allowed people to travel. But it also brought pollution and sewage from upstream, caused floods, and its inky blackness has been a heart-breaking siren call to suicides.

As London evolved from a sparse ancient civilisation into the bustling multicultural hub it is today, many of its great tragedies played out on the banks of the Thames: the infamous Gunpowder Plot, the devastating Great Fire of 1666 and the destruction wreaked by Second World War bombing.

In Death and Destruction on the Thames in London, Anthony Galvin follows the history of this great city and looks at how the river has played a part in the political events – and deadly occurrences – which have shaped the modern world. 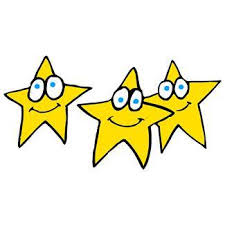 I loved the history, especially the history that was new to me. I was obsessed with Henry VIII for a time so knew a large amount of stories surrounding him and his court. I also had a brief dalliance with The Great Fire of 1666 but there were stories about both these events that were totally new to me and that was wonderful.

Of course the best thing was learning about events that I had no idea about. The SS Richard Montgomery and it’s precarious position in the Thames was fascinating and terrifying and learning so much about London Bridge was great.

I’m not sure it ‘flowed’ very well. There was a lot of repetition BUT I think that this is only an issue if you read it all at once. It is a very good ‘dip into’ book so I think the fact that parts of some stories are repeated in various chapters can be forgiven. It might be a bit off putting and a little monotonous to some but I was learning so much I got used to it.

Who would I recommend to:

Anyone who loves History and loves London. This would be particularly good for anyone planning a trip to London and wants a more macabre guide book. I for one have already bookmarked a few places on google maps for my next trip.  Galvin shares the websites of some of the places mentioned in the book which I thought was very helpful.